If you are a lifelong Windows user, you might find yourself a little bewildered when you first need to use a Mac. Or, indeed vice versa. Differences between the two operating systems aside, their keyboard shortcuts actually have a lot more in common than you might expect.

However, there are some key differences you need to know in order to save you from physically damaging that overly-priced Mac you just bought, or PC for that matter.

What are the main differences between Mac Keyboard and Windows keyboard?

Since we are talking about keyboard shortcuts for Mac and Windows, it might be useful to have a quick overview of their respect keyboards.

Here is a typical Mac keyboard, we’ve highlighted the key we will be discussing shortly:

And here is a typical, whilst practically vintage, PC or Windows keyboard, again with critical keys highlighted: 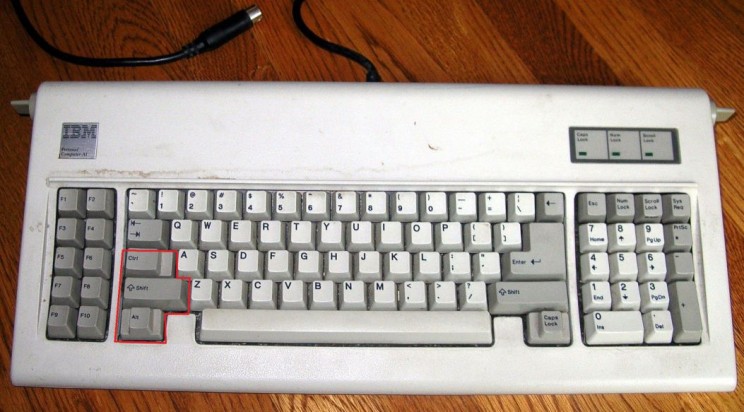 The main difference between the two is the Ctrl key, and Command key on PC and Mac keyboards respectively. This is probably the most commonly used key for the most-used shortcuts on both systems.

They effectively serve the same function and you will be using them quite a lot. Mac’s do also tend to have a control key (Ctrl), but you will very rarely use it for general use.

The next important key is the Alt key on the PC keyboard. This is a highly versatile key that has various functions depending on the user’s command.

It is mostly used to invoke F-key functions, graphical menus, modifying keys on the numerical keypad and changing keyboard languages, to name but a few.

On Mac, the Alt key provides some other different functions to its PC cousin. One of its main functions is for cursor control when used in combination with the arrow keys.

It can also be used to insert specialist characters like “™”,  “©” etc. This key is also used to modify other functions using the ⌘ Command, and others.

The Windows symbol on modern keyboards is used as a shortcut to open the Start Menu. When pressed with letter key, it invokes a command that’s meaningful system-wide e.g. Window Logo + D gets you the desktop.

On Mac, the Apple symbol is used as a modifier for other shortcuts. For example, ⌘ Command + C copy something.

Most of the other keys are ostensibly the same, but there are some other differences you should be aware of.

As previously mentioned, the biggest thing to be aware of is that a Mac keyboard’s ⌘ Command key is, essentially, the same as the Ctrl key on a windows keyboard. You will be using this for most of the useful shortcuts you are used to on Windows.

As you confidence and knowledge grow using either operating system, you will find many more that suit your particular needs.

5 Best Prestige Kitchen Appliances you should have at your home!

Top 10 easy tips on how to invest in share market

Goods and Service Tax (GST) – everything you need to know!

Topyups is your news and entertainment website. We provide you with the latest breaking news, viral videos, trending topics around the World
Contact us: [email protected]

Stock Split vs Bonus Issue | How are they different?

Repo Rate! How does it impact the economy?

Ola electric scooter – will it make the magic in India?